During the II Brazilian Training Course of Ag Pilots for Aerial Fire Fighting, held at Pachu Aviação Agrícola (Olímpia/SP), Zanoni carried out tests with a new model of its fire gates. The project is a new version of the Zanoni hydraulic gates, now with a door 30% larger than the current model being manufactured by the company. Initially developed in 2020 in partnership with Tangará Aeroagrícola, the equipment promises an even faster dumping of the aircraft hopper. After positive feedback from the company from Orlândia, which operated the gate on an Air Tractor 502 during a complete fire season, the prototype has now been installed also on an Air Tractor 402, offering total dumping in less than 3 seconds. 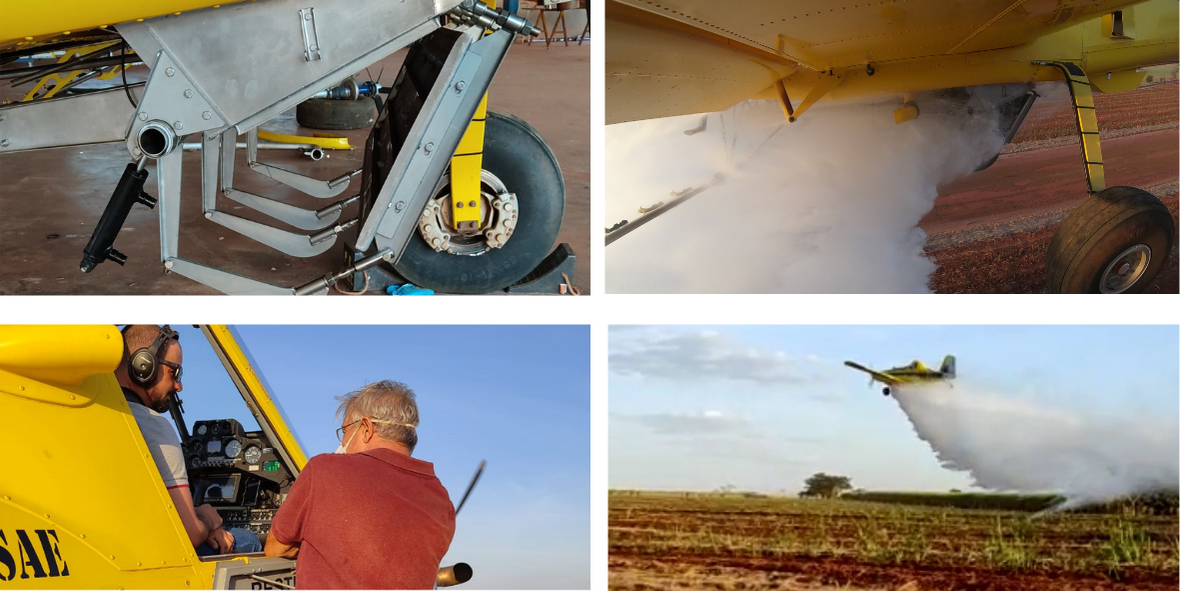 The new gate (still under development) is in line with the commitment of Zanoni Equipamentos to offer versatile equipment that meets the specific needs of the Brazilian fleet. The technology will allow even greater efficiency for fire fighting, but still with the same characteristics as previous models, without the need for constant changes in the aircraft structure for agricultural spraying work. The company has already scheduled scientific evaluations of the new equipment and, as soon as the data are available, the product will be presented to the market.

Zanoni and Agnav: a decade of cooperation for agricultural aviation

Zanoni Equipamentos plays a crucial role in the 2020 fire season

Zanoni has positive feedback in the US