During the year, two product lines were very well received by agricultural pilots: the fire gate boxes and the rotary atomizers. The firefighting technology developed by Zanoni Equipamentos became popular in Brazil and the company equipped more than 40 aircraft in 2020 alone, surpassing the mark of 100 gates installed in South America. Another equipment that has received positive feedback was the rotary atomizer, both the M3 model and the M14 model. Several operators have highlighted its great durability and, more recently, aerial application specialists have come to praise the agronomic performance of this type of nozzle in relation to the quality in the application, specially the uniformity of droplet sizes.

These two technologies were recently included in the production line of Zanoni Equipamentos, which has been constantly striving to offer the best quality to its partners. In addition to new research already being scheduled for 2021(as a way to offer transparent data and information to facilitate the life of the agricultural pilot), some improvements for the atomizers and for the gates are already under development or in the testing phase, being scheduled to be launched in the next year.

Two other product lines presented news in 2020: the first generation of Zanoni electrostatics and new models of water pumps for ground support. After years of working together with US developers, the company has launched a Brazilian system in compliance to the American standards. With stainless steel nozzles (which offer great durability and simplified maintenance, a fundamental point for the proper functioning of this type of technology), the Zanoni-Spectrum electrostatic is already in operation by some partners and has received positive comments regarding its agronomic performance. The water pump line, in turn, received some improvements in the projects, now counting on even greater durability and also with options in electric engines. There was a great demand for this Zanoni product, with hundreds of pieces of equipment sold throughout 2020 to aviation companies and also for other uses in agriculture and industry.

Despite all the uncertainties we faced in the last year, the “agriculture did not stop and continued to fly”. Zanoni Equipamentos remains confident in the expansion of the worldwide agricultural aviation industry and is striving to continue offering quality solutions. Throughout 2020, the factory's facilities were expanded and new machines were acquired, as a way to increase its production capacity and meet the demand of each of the operators. The year was particularly different due to the fire season, which required a reorganization of the entire Zanoni production line to meet the urgency of Brazilian operators for our fire gate boxes. Investments were also made in human resources, with the training of its employees and the hiring of more people, in order to meet the needs of the company's partners and develop new technologies. There was also an intensification of contacts with foreign partners, with the aim of bringing even more innovations to Brazil and other countries. The Zanoni team wishes everyone a great 2020/2021 season and thanks the all agricultural pilots around the world for their work. 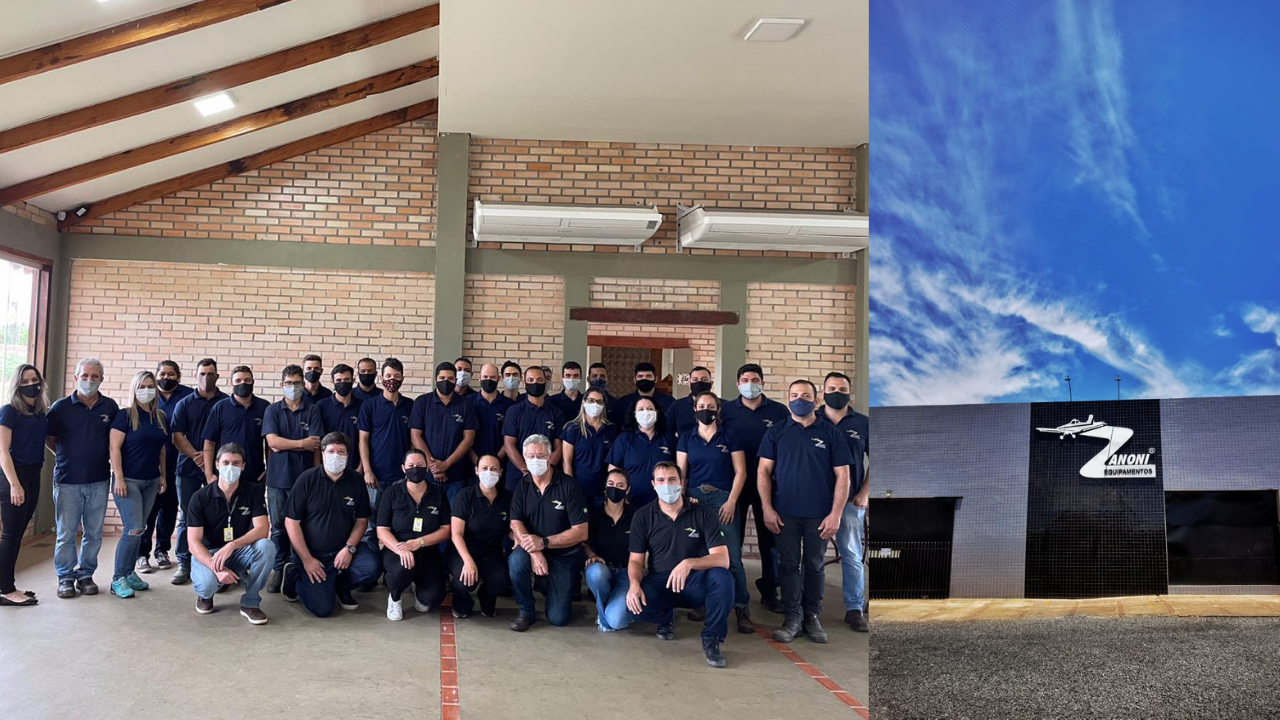