Prerrogative of our industry for several decades, agricultural aircrafts have played a fundamental role in protecting the main areas of nature preservation and in combating crop fires, since they are more versatile than other aircraft models. In the last years, Zanoni Equipamentos has been designing and manufacturing a diversified line of fire gate boxes, with several models to suit different types of aircraft. In addition to the manual gates, Zanoni Equipamentos now also produces fire gate boxes with an electro-hydraulic engine and a sensor that allows the adjustment of its opening.

Manufactured in stainless steel, Zanoni Equipamentos's 2nd generation of fire gate boxes offers a simpler and more precise operation. One of its main differentials is the flexibility it gives to the aircraft: as it is not necessary to uninstall the spraying system for its use, there is no headache in having to change the equipments, enabling the traditional activities of the aerial application to be carried out with no problems. Moreover, with the opening adjustment system, it also allows for the pilot to deliver a consistent and controlled amount of fire retardant to the specified drop zone and to carry out the dispersion of solids.

Currently, Zanoni Equipamentos has dozens of fire gates in operation throughout Brazil and other countries in South America, where the company has stood out as the main supplier of this type of equipment. Along with the entire agricultural aviation sector, Zanoni and the various pilots who carry out this difficult job have been playing a decisive role in protecting forest reserves, as part of the commitment of Brazilian agriculture to sustainability. The company has also been working together with foreign partners to develop new technologies in this product line and to offer the best quality in different countries. In addition to our partners operating on national soil, we have intensified the joint work with our neighbors, exchanging experiences and giving reciprocal support, with Zanoni fire gates already operating in countries such as Paraguay, Argentina and Chile.

The year 2019 was a very unusual period, but it was noteworthy for the ag aviation industry in this activity. Around the world, the fire season was more intense than usual, with an increase in fires in several regions beyond here. Despite intense criticism from other countries and even parts of Brazilian society against our agriculture, we, more than anyone, have been committed to protecting the environment. Several operations took place across the continent, with highlights for Rio Grande do Sul, São Paulo, Bahia and in various locations in the Cerrado, the Amazon rainforest and in the South American Chaco. 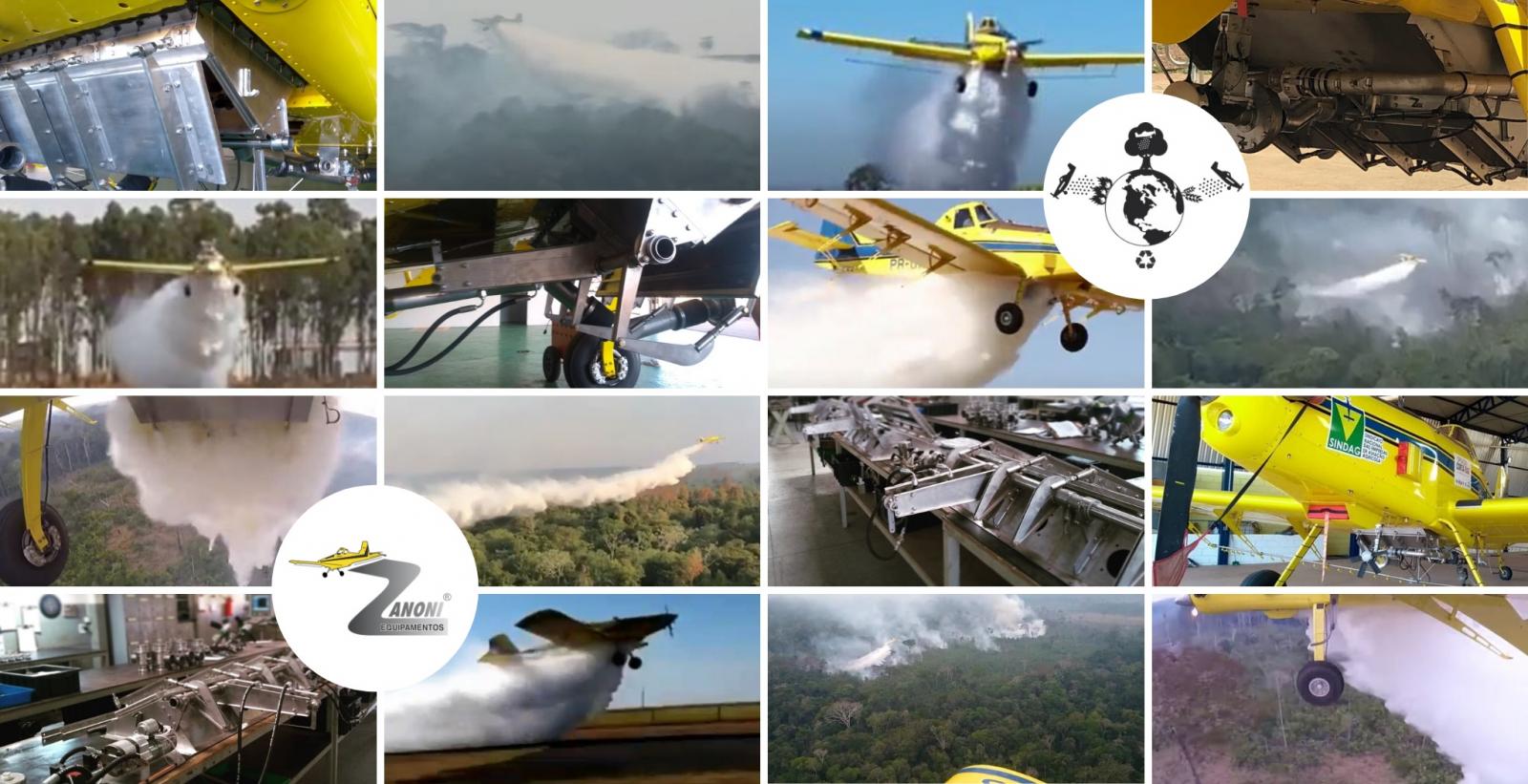 Watch some videos of our fire gates on YouTube:

Share with us the video of your aircraft equipped the Zanoni gate!

See some highlights in the media of Zanoni Equipamentos and of our partners that use the gate for fighting fires:

Droplet uniformity of M3 atomizers is highlighted in Brazilian market