Over the past few seasons, Zanoni Equipamentos atomizers are receiving very positive acceptance from the Brazilian ag aviation fleet. In addition to the operators' feedback, which has been praising the durability and efficiency offered by the equipment, several agronomic tests are attesting to the quality presented by the technology. The tests and researches, conducted by some of the leading specialists in aerial application in Brazil, have been demonstrating a standard of excellence in the droplet spectrum provided by the various models of Zanoni atomizers, with great uniformity (low relative span) and safe standards for working with insecticides and fungicides. 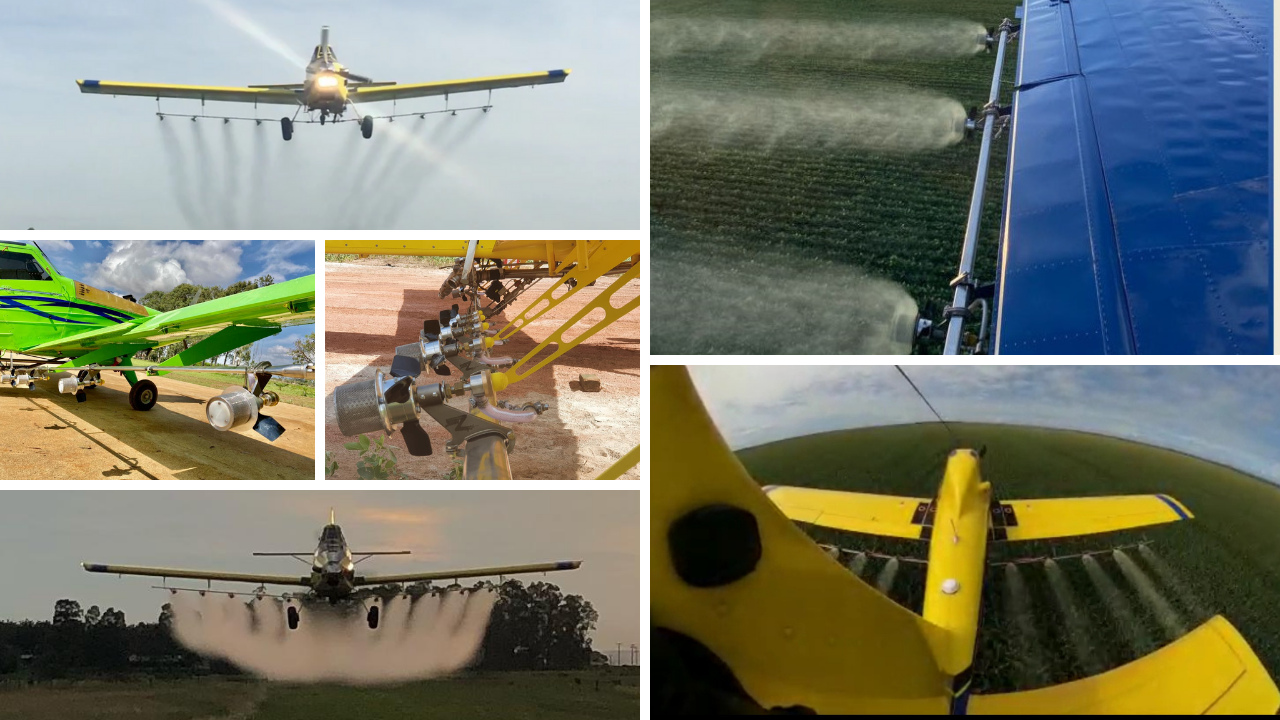 In addition to the Brazilian market, Zanoni atomizers started to gain prominence in the international scenario, in some types of special applications:

During the early 2020s, Zanoni atomizers began to be used for mosquito control in the USA. Through its distributors in the USA and a partner in the state of South Carolina, the equipment was used in the application of Trumpet (Naled) in ultra low volume. In addition to praising the performance in relation to the spectrum of droplets (which in this case requires a VMD between 30µm to 40µm), the local operator reported that the atomizer presented a “flawlessly operation” throughout the season and presented a superior resistance to other brands, since the job demands the maximum of this type of nozzles, due to the high rotation to reach very fine drops. In addition to positive feedback from operators, Zanoni atomizers have been sought after by some state mosquito control agencies in the U.S.

Also in 2020, Zanoni rotary atomizers were used to assist locust control work in Africa and the Middle East. The region has been affected by one of the worst infestations recorded for this type of pest. In a work coordinated by the Food and Agriculture Organization of the United Nations (FAO), about 3 million hectares were sprayed last year, with great help from the agricultural aviation industry, which represented a considerable portion of that work in countries like Sudan (70%), Ethiopia (50%), Kenya (42%) and Somalia (41%), but also in India, Iran, Pakistan, Uganda and Saudi Arabia. The work is estimated to have protected 2.7 million tons of food (or USD 800 million), which would represent the food of 18 million people for an entire year. The operation mainly relies on the participation of several aero-agricultural companies in the region, but also with operators from other locations in the world. Through its partners in Africa and North America, Zanoni Equipamentos collaborated with this work through the use of its rotary in fixed wing and rotary wing aircraft.

Now in early 2021, Zanoni Equipamentos started a research project with the Pesticide Application Technology Laboratory (at the University of Nebraska-Lincoln) to study its rotary atomizers. The initial tests were carried out with a type of application specific to North America to control Spruce Budworm, a type of moth that attacks the coniferous forests in the region. The lab tests demonstrated that the Zanoni M14 atomizers offer a safe, reliable and consistent application of Foray 76B. The results can be accessed here.

The work was made possible by local distributors of Zanoni (Turbine Conversions) and is being coordinated by Professor Greg Kruger. Over the next few months, the laboratory will study the performance of the Zanoni atomizer with the spray volumes and the aircraft configurations most used here in Brazil. The work will evaluate the size of the drops offered by the nozzles, simulating different scenarios in a wind tunnel. The company hopes to have as result the certification that the product presents a global standard of excellence for aerial application and a database of information for its customers, helping in the evolution of the agricultural aviation industry.

Droplet uniformity of M3 atomizers is highlighted in Brazilian market