Tests carried out with M2.5 atomizers on Air Tractor 502 andwith M14 on Thrush 510 demonstrated the same standard of excellence as other research already carried out with the Zanoni nozzle.

New researches were recently conducted in partnership with PhD Henrique Campos (Sabri/Clínica de Aeronaves), with other types of Zanoni atomizers in different turbo aircraft. Similarly, the tests indicated an excellent quality in the droplet spectrum offered by the equipment: 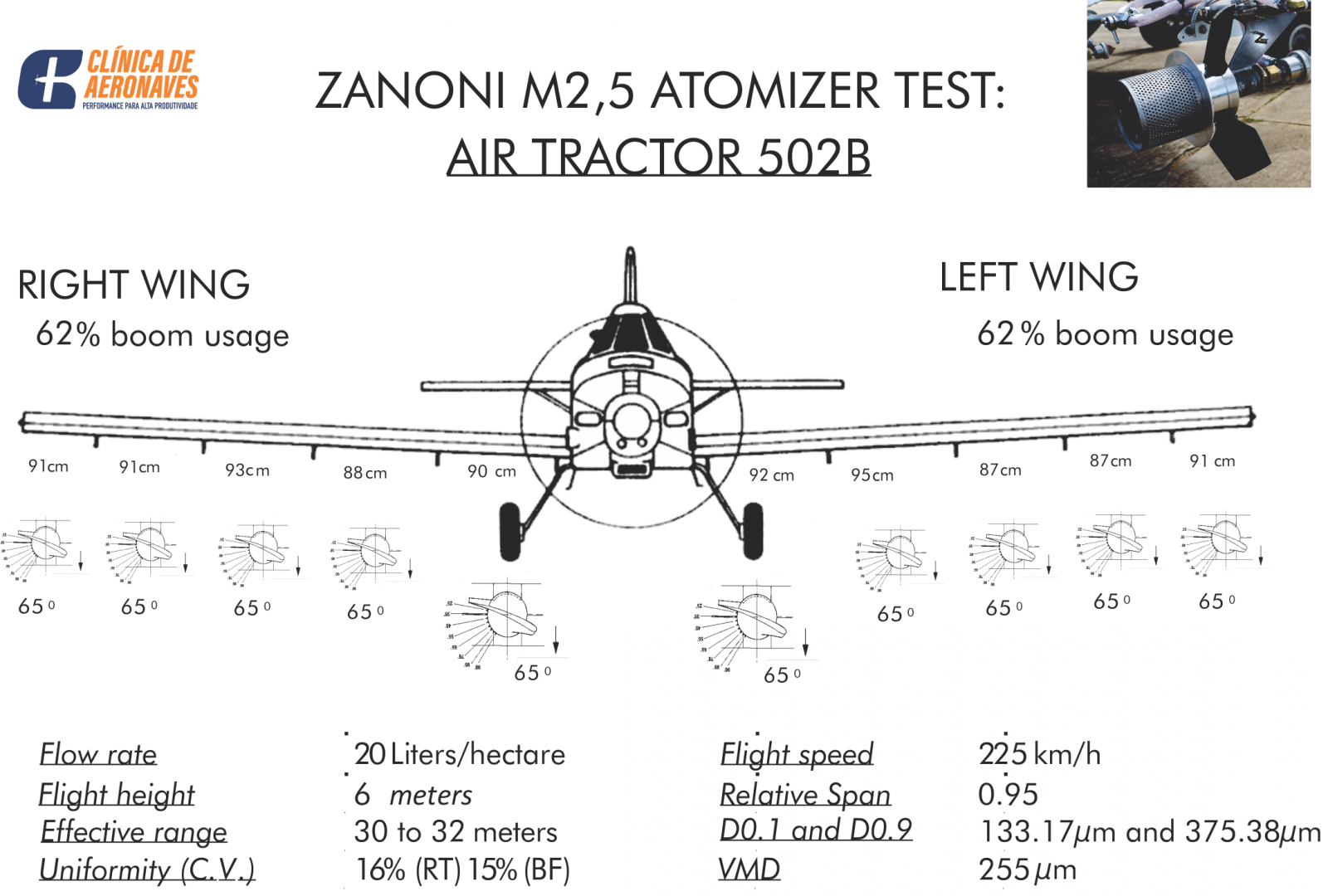 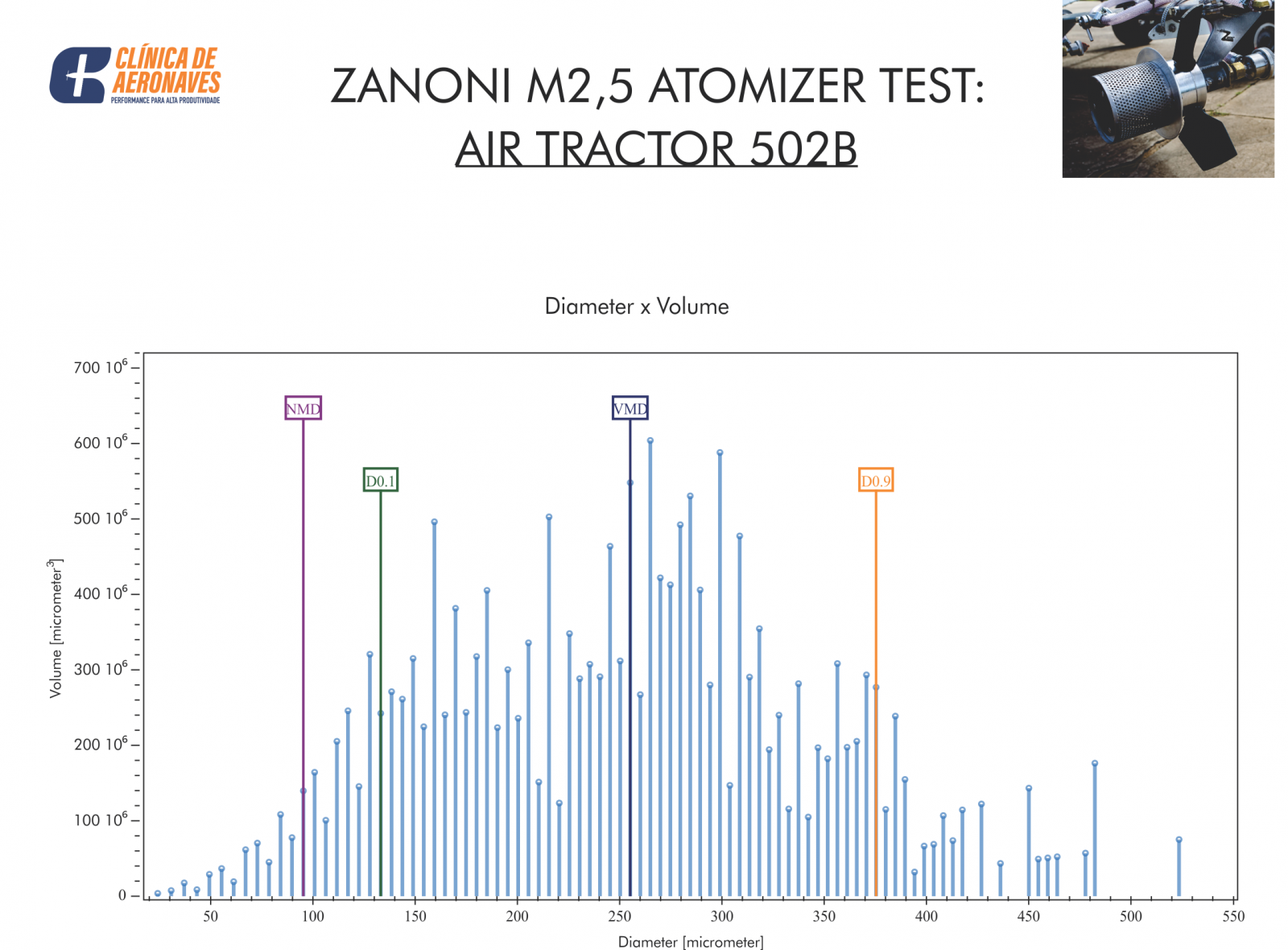 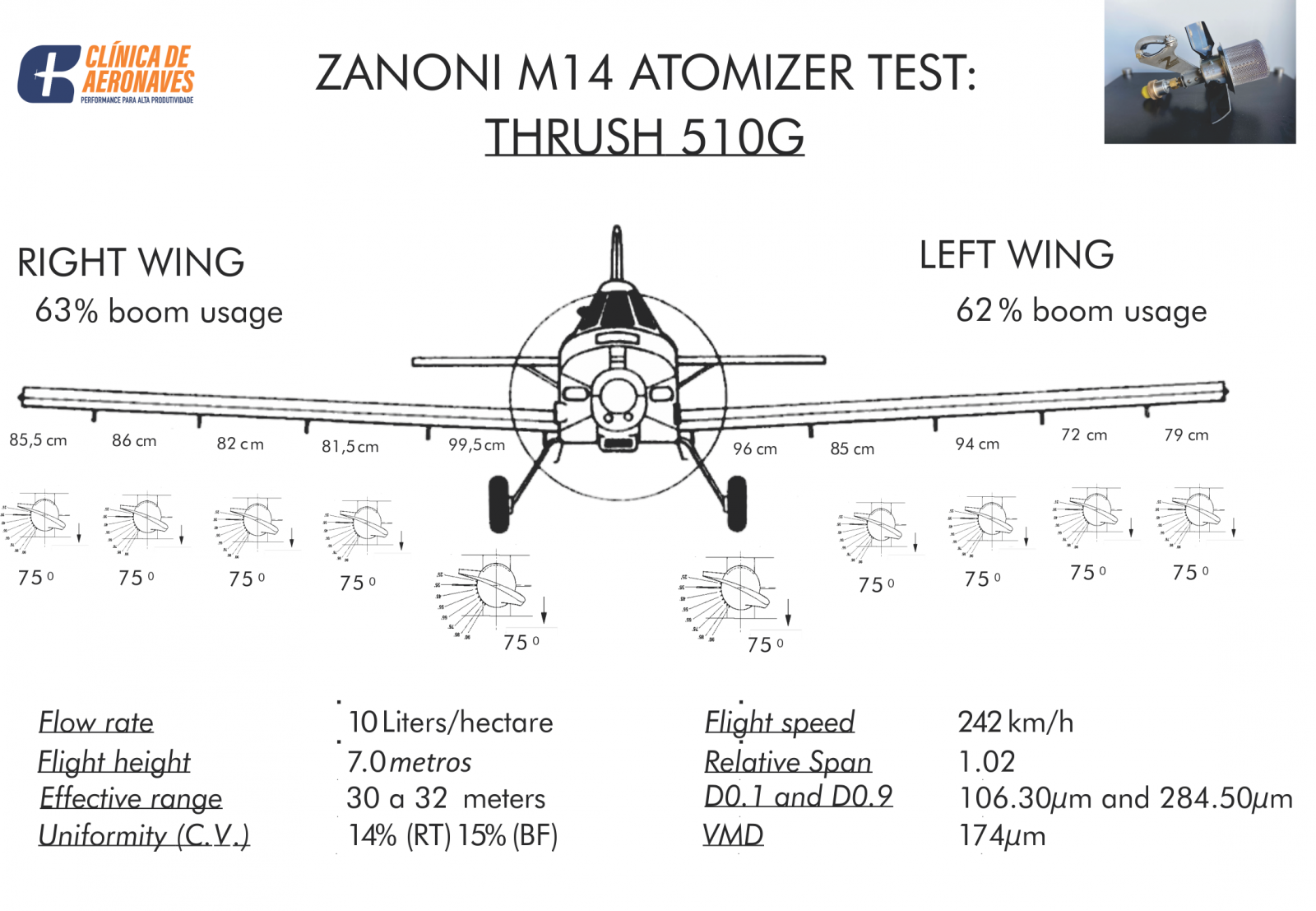 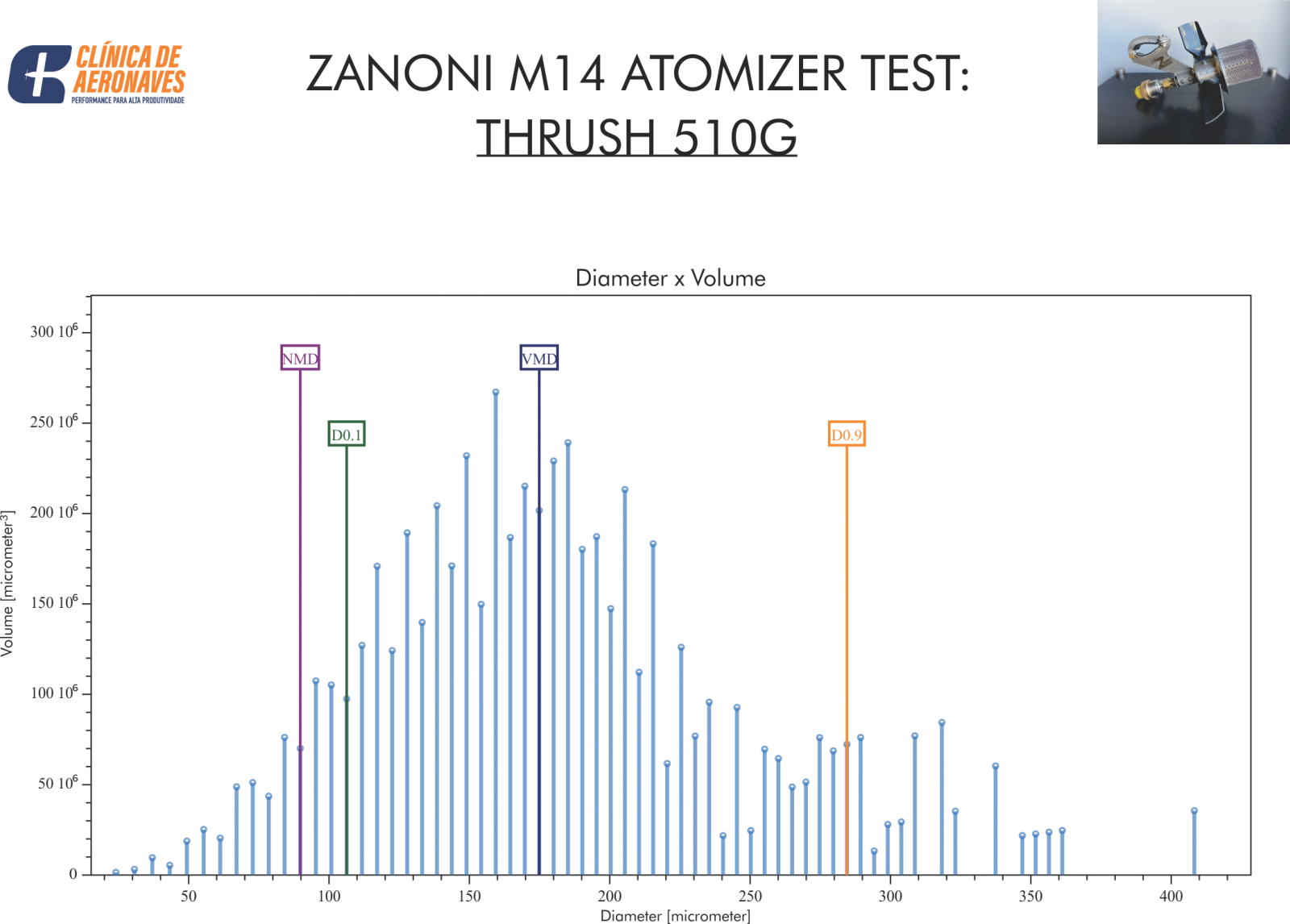 Considering the recommended standards for application of fungicides and insecticides (DV01 greater than 100μm), the tests indicated once again that the Zanoni atomizer offers a safe and highly uniform droplet spectrum (with low relative span) when properly calibrated, reducing the risk of drift and loss of efficiency in aerial application.

Zanoni Presents News in its line of Fire Fighting gates

Zanoni Equipamentos tests prototype of new fire gate on AT402